Bitcoin digital currency is based on a system that can be exploited for personal use, says a new study from Cornell University. A large enough group of users could retrieve the value of the entire system, according to the researchers.

Described by Prof. Emin Surer, destabilizing the economy of Bitcoin relies on a group of users who could exploit the system, which normally has an anchor of stability based on the honesty of all participants.

At the moment, one Bitcoin is worth nearly $800, and digital currency economy exceeds the total value of $370 million, with over 10 million users.

Professor at Cornell claims that Bitcoin software is vulnerable, and when a group does not share timely information about finding new coins will gradually take over the entire system.

On the other hand, Bitcoin advocates say that an attack on the digital economy is purely theoretical and may not bring higher profits than for the honest participation in Bitcoin monetary system.

Bitcoin: The system itself decides when to create new money and yet now we know the total amount of money that will be (21 million) and on the market are already 6 million bitcoins, after the program began two years ago invented by a Japanese researcher and four PhD students at MIT. Basically they wrote a programming code that is publi , open source and already spread all over the Internet.

Money transfer is encrypted and virtually cost CPU time. There are people who run dedicated servers specialized in making these calculations to keep the transactions going, and these calculations allow the system to work and so do the real work that leads to the creation of real money. Bitcoin money may be converted to real money and vice versa.

There are already several open source applications on the Internet that make grants for these coins. Because it is a maximum number of coins that will be created and new coins are created productively, there is by definition no inflation. As more people are entering the system to mine for new coins, the process is gradually becoming harder, requiring more computing power. 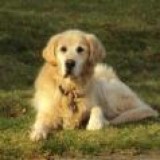 Educational resource website dedicated to guide people from around the world on how to create a profitable online activity.

We would love to discover your experiences and ideas. We encourage you to share anything you think will contribute to the happiness of our monthly readers.

Your story can inspire others and we will be happy to share your experience while giving you credit as the source.

Contact us if you have one inspiring story or if you would like to become a regular contributor to MoneyOnliner.